It's time to celebrate some of the beautiful orange wildflowers I've spotted growing around northern California! 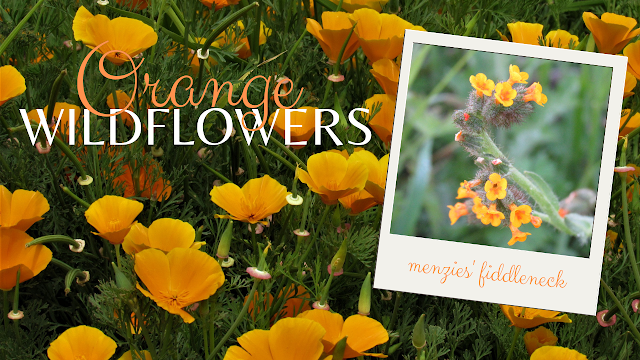 First off, is the Western Wallflower (Erysimum capitatum) growing in Lassen VNP. We spotted this particular flower along the side of the road through the park in Mid-June, but we also saw several when we hiked to Ridge Lakes in early-August, too. 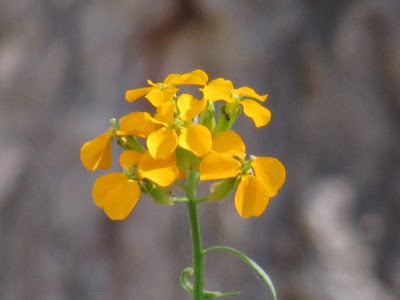 The next orange wildflower should get an award for most adorableness and greatest name. I present to you the Menzies' Fiddleneck (Amsinckia menziesii) we saw on the Logan Creek trail of the Sacramento NWR in late-March. I told you it was cute! 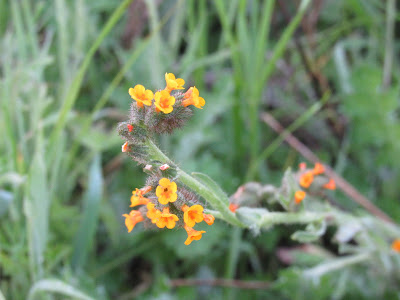 This Sulphur-flower Wild Buckwheat (Eriogonum umbellatum) is technically considered a yellow flower, but this one looks pretty orange to me and I'm including it because of its incredible location. We spotted this one on the trail up Brokeoff Mountain. (Lassen VNP, Late-August) 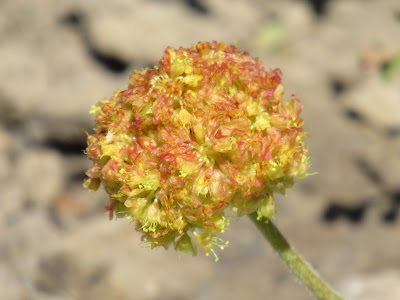 And finally, I don't think I could consider myself a true Californian if I didn't include Poppies (Eschscholzia californica) in today's post. No, these aren't from the super-bloom in Southern California, they're a humble little cluster growing at the Colusa National Wildlife Refuge in late-April. 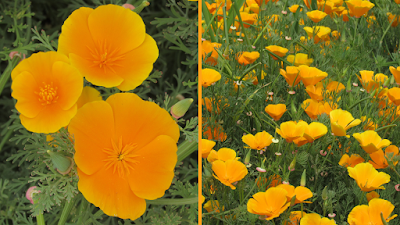 Posted by Rachelle Vaughn at 5:00 AM 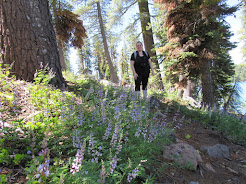 Together, we can enjoy these happy blooms and learn the names of the wonderful wildflowers I find on my travel adventures to Lassen Volcanic National Park, my local wildlife refuges and everywhere else in between...
Here's to blooming wherever you can find sunshine and not just where you're planted!
Rachelle Vaughn